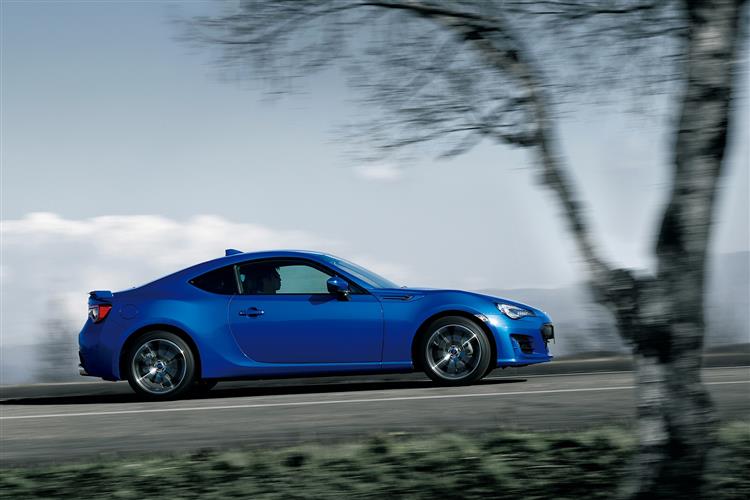 Cards on table time. I love Subarus. I like the fact that the company is so keyed into engineering. I respect how driving entertainment has often taken priority over more mundane considerations. I chuckle when people criticise cars for being too heavy and too complex, knowing that an alternative exists. While I love what it stands for, I understand that what it stands for can occasionally mire Subaru in dogma. Not everyone wants or needs a four-wheel drive car, a basket into which the Japanese company places virtually all its eggs. Subaru's BRZ is a car that takes many of the better aspects of 'old Subaru' and melds them with a fresh, forward facing approach. You'll probably know it as the sister vehicle to the Toyota GT86. Subaru likes to think of it as their baby and it's easy to see why. The joint project is powered by a Subaru engine, runs on a modified Impreza chassis and suspension and is built in a Subaru factory. Those then are the facts. But how will this car work as day-to-day transport? Will I be able, at least to some extent, to use it for family duties - fit the kids in, do the school run? I thought I'd borrow one and find out.

You don't expect a sports coupe to be very practical. I don't anyway. Actually though, there's more room - and more boot space - in a BRZ than you'll find in rivals like a Peugeot RCZ or an Audi TT. The kids certainly complained a lot less anyway. So far, so good. And up-front? Well, the interior is clearly built down to a price, with some hard plastics on display but the BRZ is not a car to perambulate around in feeling superior about your slush-moulded dash roll top. The ideal BRZ buyer will see the lightweight materials used in the cabin as a bonus. Besides, it's hard to find two companies with better records of actual as opposed to perceived quality than Subaru and Toyota. One of the fundamentals in the design of the BRZ was to keep weight down. As a result of this, the car tips the scales at a mere 1220kg, or less than something like a Renaultsport Clio 200 hatch. The styling diverges a little from the GT86, and if pushed, I think I prefer the more aggressive-looking frontal treatment of the Toyota, but if I was driving the thing in red mist mode, all of that would be outweighed by the firmer suspension settings of the Subaru.

So is it fast? Well, I'd say it's fast enough. My other half thought so anyway. It'll just about dip under eight seconds to 60mph if you have a heavy right boot and can manage one good gearchange and the 200PS power output is routinely bested by all manner of humble hatchbacks, but it's how it drives rather than what numbers it makes that underscore what a special vehicle this is. The key point is that it's a normally aspirated, front-engined, rear-wheel drive coupe. For the keen driver, it doesn't get much purer than that. Plumb in a boxer engine that helps it to a centre of gravity lower than a Ferrari 458, add a proper mechanical limited slip differential and offer a six-speed manual gearbox with three pedals in the footwell and you have what most would agree is a very good start. Even from this point it would have been easy to get things wrong. But Subaru didn't. They failed quite spectacularly on that score. The BRZ is so right in so many ways it's almost as if the hand of Porsche has worked upon it. There's a simplicity to its controls, a delicacy and tactility to the steering and the pedals that offer the keen driver so much. It does its best work way up at around 7,000rpm and while it lacks the torque to power slide around like you would in a Nissan 350Z, the BRZ is nevertheless a great vehicle to learn about how weight transfer affects vehicle dynamics at the limit. If that all sounds a little Pseud's Corner for you, rest assured that it has a great hand brake. The sport setting on the stability control allows the tail to feel a little lively, but get the car on a track and you'll have hours of fun with all the driving aids switched out. There's also a version available with a torque converter auto which, upon first acquaintance, would seem to detract a lot from the BRZ experience.

Value is a tough one to pin down. On the one hand, you're paying around £25,000 for a car that's can't hold a candle to a Kia cee'd when it comes to creature comforts and technology, but the enthusiast driver would point to the fact that nothing in its price bracket comes remotely close to the driving purity delivered. The Mazda MX-5 possibly comes closest but the BRZ is considerably more focused in its approach. It sounds like so much hyperbole but the Porsche Cayman is its closest competitor in terms of its ability to deliver rich feedback and flow down a road quite so well. Suddenly that asking price doesn't seem at all optimistic and includes features such as 17-inch alloy wheels, a torque-sensing LSD, front, side, curtain and knee airbags, MP3 connectivity, dual-zone climate control and LED daytime running lights.

There's a beautiful simplicity about this car that speaks of paring back to the essence of driving purity, including just enough of what is needed and nothing that is not. Yet it's also a practical car: the kids fit in the back and it won't cost a fortune to by or to run. True, the automotive Philistine will look upon the BRZ as a car that will be outdragged by a hot Clio and costs a good deal more. They will note that it runs on the same tyres as a Toyota Prius and conclude that it's all hype and no heft but nothing could be further from the truth. It's a hero car for our times, one that rewards the properly talented driver and doesn't make the less proficient feel clumsy or unworthy. And yes, in the final reckoning, it's a proper Subaru.